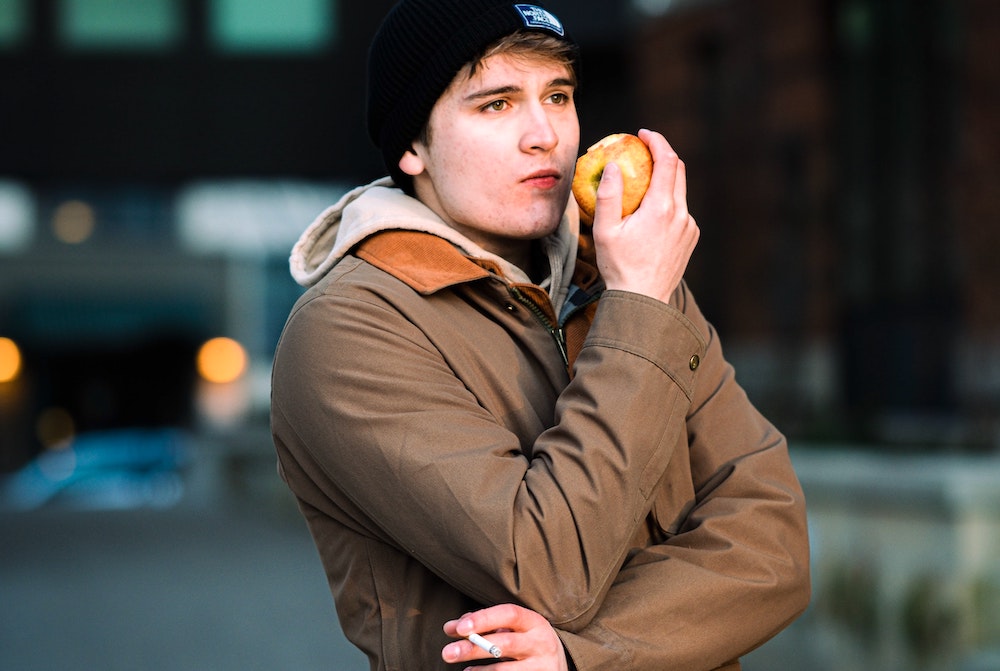 Vegans Are Healthier Than Meat-Eaters Even If They Smoke and Drink: Study

Is meat worse than tobacco and alcohol for your health? According to this new research: yes.

A new study of 175,000 people in the UK found that vegetarians are significantly less likely to suffer from cancer and heart disease than meat-eaters, even if they smoke and drink. Scientists at the University of Glasgow cited cholesterol intake from red and processed meat as having more impact on chronic conditions than age, weight, smoking, and alcohol consumption.

After studying the samples of participants aged 37 to 73 for a period of five years, lead scientist Carlos Celis-Morales concluded in a press release, “As well as not eating red and processed meat which have been linked to heart diseases and some cancers, people who follow a vegetarian diet tend to consume more vegetables, fruits, and nuts which contain more nutrients, fibre, and other potentially beneficial compounds.”

These latest findings corroborate the results of several other recent studies that support switching to a plant-based diet for health reasons. A 2020 British Medical Journal report from concluded diets high in protein from legumes, whole grains, seeds, and nuts, are linked to lower incidence of diabetes, heart disease and stroke. The report went on to “support current dietary recommendations to increase consumption of plant proteins in the general population.”

Figures from a 2019 American Heart Foundation study also confirmed increasing fibre intake reduced levels of LDL, and a 2014 research study showed almonds to reduce the risk of heart disease in overweight people. Senior Dietician Tracey Parker recommends a plant-based diet on the British Heart Foundation website. She says, “Replacing half or even all the meat you eat with pulses is a great way to eat less unhealthy saturated fat, manage your weight and keep your digestive system healthy.”

The proven positive health outcomes of eating less meat may go some way to explain the huge increase of people switching to veganism. According to recent data from finder.com, almost 500,000 people in the UK gave up meat in 2020. A further 6.5 million plan to do so in 2021. Its findings showed that approximately 1.1 million people followed a plant-based diet at the beginning of 2020. Now, this number is reaching 1.5 million people. This is equivalent to 3% of the UK population.