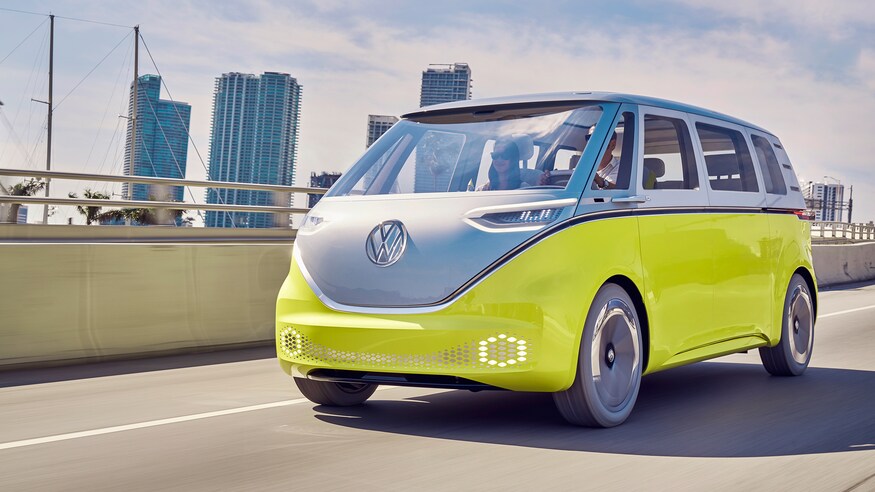 The cars of the future have arrived. And they’re fossil-fuel-free.

In an April Fool’s stunt that went viral, German automotive giant Volkswagen has announced its new name, “Voltswagen” to promote its shift into the electric car market. The leaked press release suggests that the company will change its name from Volkswagen to “Voltswagen”. The name Volkswagen means “people’s car” in German. A volt is a measure of the electrical force that VW intends to power its vehicles.

A USA Today reporter noticed the accidentally posted news release. Whilst VW of America declined to comment, the press release stated, “‘Voltswagen’ is a public declaration of the company’s future-forward investment in e-mobility. The new name and branding symbolize the highly-charged forward momentum Voltswagen has put in motion, pursuing a goal of moving all people point-to-point with EVs.”

The parent company, which will not be changing its name, according to the release, also recently announced major investments in battery manufacturing. Only electric models would get an exterior “Voltswagen” badge. Petrol vehicles would continue to display the original “VW” logo.

The name-change is seen as the world’s second largest carmakers further commitment to green goals. Back in 2015, the diesel emissions scandal shattered public confidence in the brand and led to $30 billion penalties and criminal charges.

VW was the first automaker to commit to the Paris climate agreement in 2018. Last year, the brand delivered 231,600 fully electric vehicles, three times as many as in 2019. Additionally, it will invest a total of 35 billion euros in EV development by 2025. Plus, by 2050, the company aims to be balance sheet CO₂ neutral. Now, VW will further accelerate its electrification plans, with boss Ralf Brandstätter confirming that 70% of European cars sales would be electric by 2030. This is double VW’s previous target. Brandstätter’s aim is to make VW “the most attractive brand for sustainable mobility.”

Under the new Accelerate strategy, the firm has committed to launching at least one EV per year. Recently, VW showcased their latest offering, the “ID Buzz” – a cross between the vintage VW Microbus and a 21st century EV vehicle –  at the Los Angeles Auto show.

VW are just one of many carmakers responding to the pressure to meet stringent carbon emission demands in Europe and China. Luxury car brand Bentley Motors, owned by VW, stated its range will be fully electric by 2030. General Motors said it aimed to have a zero tailpipe emission line-up by 2035. Recently, both Volvo and Jaguar announced plans to go 100% electric.

This is good news for the environment. Over a year, just one electric car on the roads can save an average 1.5 million grams of CO2. That’s the equivalent of four return flights from London to Barcelona. Research by the European Energy Agency found that the carbon emissions of an electric car are around 17 – 30% lower than driving a petrol or diesel car. The emissions are also dramatically improved when low carbon electricity is used.