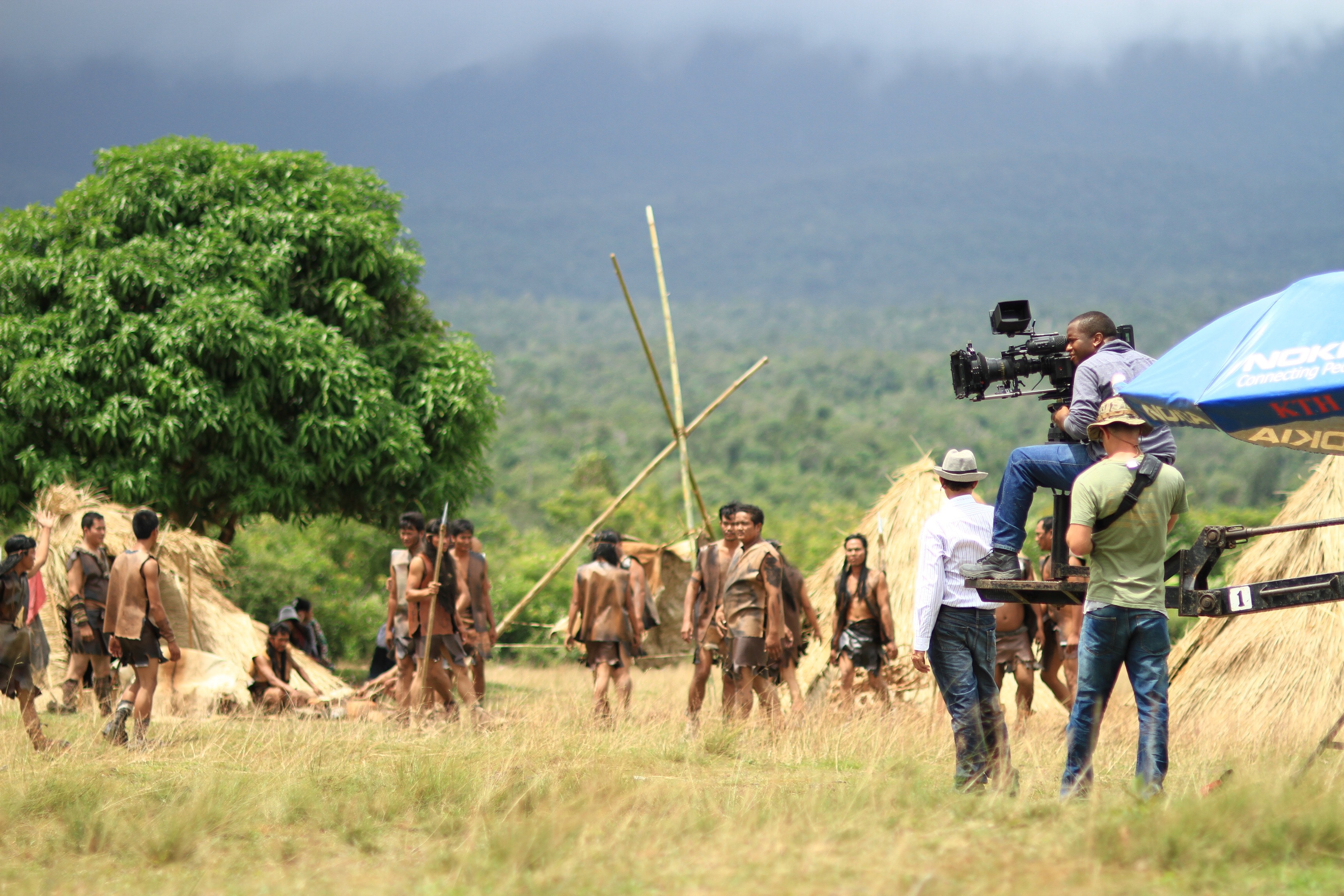 We Have Films About Sustainability. How About Films That Are Made Sustainably?

It’s not been an easy few years for the film industry.

It has grappled publicly with issues of race, gender, and inappropriate sexual behaviour. The response has been to increase the representation of women and people of colour, as well as seeking accountability for those who have committed sexual crimes.

But there’s another issue that the industry has yet to be called out on. Most film productions involve huge amounts of travel, catering, lighting, and waste generation. So when is the industry going to switch focus from films about sustainability to becoming more sustainable itself?

Is The Film Industry Ready for Change?

It would seem yes. The world’s biggest cinema showcase – the Cannes Film Festival – was back after a COVID-related hiatus. This year highlighted productions with an environmental focus in a special new category. Films featured included “Bigger Than Us”, telling the story of young campaigners fighting for climate, social justice, as well as Rahul Jain’s “Invisible Demons”, a haunting portrayal of the catastrophic pollution blighting New Delhi. Teen activist Bella Lack also appears in the documentary “Animal” with renowned chimpanzee expert Jane Goodall.

Alongside these filmmakers hoping to inspire more efforts on climate change, the festival organisers tried to cut back on waste. They used electric cars to move stars around and replaced the infamous red carpet – which needs to be changed three times a day – with a recyclable version. “Bigger Than Us” director Flore Vasseur reported the activists she filmed insisted on a plastic-free set. “This industry does not have an extraordinary track record on this issue,” Vasseur said in a press conference. “We’re all on a learning curve, we’re all looking for solutions.”

What Are The Problems?

Now, that strict anti-COVID-19 protocols are in place, filming activity has skyrocketed to above and beyond pre-pandemic levels as people’s love affairs with box-sets and film franchises continues. However, sustainability issues abound. According to British Film Industry research, the average film production generates 2,840 tonnes of CO2.

On-set, common occurrences include meals served on non-recyclable utensils and plates, uneaten food on dishes tossed away, props, costumes, and makeup generating waste. A recent Producers Guild of America (PGA) Green Report showed that a film shoot used 31,900 plastic water bottles in 60 days. Toxic materials, including what’s used for sets, often ends up landfill. Where do all those cars blown up by Mission Impossible’s Ethan Hunt end up? Computer-generated effects increase power needs whilst filming outside can impact wildlife and habitats.

Transportation is also an area of concern. Commercial and private flights for talent, crew, executives, and materials generate huge amounts of emissions. Ground transportation involves fleets of vans shuttling crew and actors between “base camp,” set, and catering — which are often miles apart.

LED lights would greatly reduce energy waste. Sony has shot entire features using just LED bulbs. But LED lights are not always more energy efficient; it all depends on whether they are used in the right way. “We need to see it in combination with the application. LED is the best tool if we want to create a soft light source while HMI is the best tool to create a hard light source”, explains Niels Maier, gaffer and CEO of Maier Bros. Greenshoot, a UK-based organization, estimated that the average person generates 7 tons of carbon a year. Compare this to a single film technician typically generates a staggering 32 tons per year.

What Are The Solutions?

There is scant data or even an industry-wide method of accounting for waste generation, carbon emissions, and recycling. That said positive steps towards sustainable production are being made.

More and more film production hotspots are taking matters into their own hands by setting environmental standards to work towards. For example, New York State has created a Seal of Approval to distinguish “sustainable” films. Plus, Hollywood’s Green Seal program recognises production companies that meet certain sustainability criteria. Equally, in the UK, the “albert” certification is given to film and TV productions that achieve positive environmental impact.

As with COVID consultants, more and more productions are building a “green” expert into their budgets. These consultants can advise on best practices such as using local catering services with plant-based options, and digital treatments, call sheets, and scripts. There are also a wealth of free resources available. The Green Production Guide (GPG) is an industry online toolkit designed to reduce the film, television, and streaming industry’s carbon footprint. A joint effort between the PGA and major studios group, the Sustainable Production Alliance, the GPG offers free resources to film and television professionals searching for ways to lower their environmental impact.

However, change is also coming from the production companies themselves. In France, Ecoprod has been offering green tools and training since 2009. “Since the Paris Agreement in 2015 and the Youth Climate marches, green production has become an issue. Green production is no longer a voluntary approach of individual producers and broadcasters acting out of their personal conviction,” explains Ecoprod coordinator Alissa Aubenque. “We are moving from an individualistic approach to a more systemic change.” In the UK, production companies such as Bohemia Media are committing to virtual production meetings, studios powered by renewable energy, and banning single-use plastic from the set to achieve carbon net-zero filming by the end of 2021.

Virtual production is currently on the advance as state-of-the-art technology. LED screens allow for the creation of any kind of set in the studio. This means film crews don’t need to travel to multiple, distant locations. Another technological advance is the generation of electricity via a photovoltaic roof system. According to Variety, Sony will install solar power panels on each of its soundstages. This will supply 1.6 million megawatts of power, offsetting 8% of the studio’s electricity use.

Practice What You Preach

Ultimately, when it comes to making film production more sustainable, it doesn’t matter whether the CO2 footprint is determined by energy, mobility, or the materials used. What is key is a holistic approach to the entire production, from cradle to grave. Equally, we cannot underestimate the power of the visual. As eco-conscious French filmmaker Cyril Dion concludes, “Cinema can have an impact – not only by reducing the footprint of our activities but also because the story we tell is extremely important and extremely powerful to change the way people see the world,”

Find out more about our newly-launched Ethical Film Festival here.