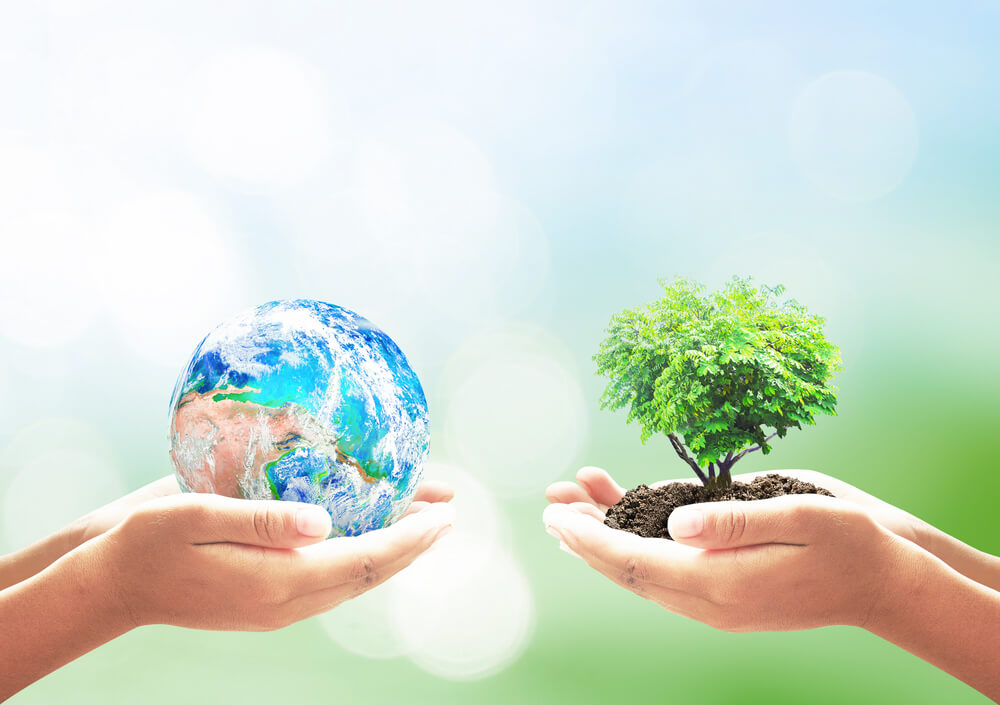 What Is Earth Day? What You Need to Know About the Biggest Celebration on the Planet for the Planet

Do you know the history of the world’s biggest secular celebration? Here’s everything you need to know about Earth Day.

Every year, on April 22, around the world, we celebrate Earth Day, to mark the birth of the modern environmental movement in 1970. Earth Day’s mission is to drive another 364 days of worldwide education, energy, and commitment to protecting our planet. But what exactly is Earth Day?

Many significant “green” happenings have taken place on this auspicious day, not least the signing of the ground-breaking Paris Agreement in 2015. This year, the new Biden Administration has chosen Earth Day 2021 to hold the “Restore our Earth” global climate summit. It’s expected to announce the formation of the Civilian Climate Corps then, too.

Currently working with more than 75,000 partners in over 192 countries, the Earth Day Organisation (EDO) looks to national governments, businesses and investors to be accountable and effect innovative solutions. However, staying true to its grassroots inception, it emphasises the importance of the individual to yield real power as a consumer, voter, and community member who can unite, with millions of like-minded others, for change.

How Did Earth Day Come About?

The 1950s and ’60s were a time of huge prosperity, consumerism and pollution, particularly in the US, although mainstream America was largely unaware of the threats to human and planet health. However, by 1970, frustrated by the hopeless Vietnam War, ferocious oil spills, and rising air pollution, a junior senator from Wisconsin, Gaylord Nelson, corralled an emerging public consciousness into a national climate protest.

Recruiting a young local activist, Denis Hayes, to get antiwar students onboard, Nelson chose April 22, a weekday falling between Spring Break and final exams, to maximize the greatest student participation. Soon, overwhelmed by student interest, Hayes had built a national staff of 85 to promote events to a wider range of organisations and groups across America. Calling the new movement “Earth Day” sparked national media attention. So much so that 20 million Americans — 10% of the US population in 1970 — took to the streets to demonstrate against the impacts of 150 years of industrial pollution. Rallies and protests were seen coast-to-coast in cities, towns, and rural communities.

What made Earth Day unique was that it united, into one cohesive entity, multiple groups that had been fighting against multiple issues – oil spills, polluting factories and power plants, raw sewage, toxic dumps, pesticides, freeways, the loss of wilderness, and the extinction of wildlife. Plus, it achieved a rare political alignment amongst normally competing factions – Republicans and Democrats, rich and poor, urban dwellers and farmers, business and labor leaders.

What Has Earth Day Achieved?

This unity was instrumental in the creation of the United States Environmental Protection Agency by the end of 1970. Moreover, within 2 years, several landmark environmental laws had been passed including the National Environmental Education Act,  the Occupational Safety and Health Act, the Clean Air Act, the Clean Water Act, and the Endangered Species Act. These laws have subsequently ensured the well-being of millions of people and animals.

Since 1970, Earth Day has grown from an impromptu day event into an international movement. It now includes a wide range of activations coordinated globally by the EDO involving more than 1 billion people in more than 193 countries. It first went global in 1990, mobilising 200 million people in 141 countries, boosting the idea of “recycling” and paving the way for the United Nations Earth Summit in Rio de Janeiro.  By 2010, the EDO was working with 75,000 global partners in 192 countries to launch its “Billion Acts of Green” campaign. Currently, the counter stands at 2,688,645,733 acts, from eating a plant-based meal to voting “green” in elections.

As well as its legislative legacy, Earth Day has also achieved environmental literacy. For example, EDO’s Educators Network reaches educators in 149 countries, ensures the $7 billion federal grant program for greening schools, and its MobilizeU organisation empowers students to make a difference on their campuses. Over 500 colleges and universities in 51 countries and every US state have participated.

The EDO also focuses on conservation and restoration. Its Canopy Project has planted hundreds of millions of trees in 32 countries and more than 36 million volunteers have engaged in its Clean Up campaign to date. However, every day is Earth Day and there are multiple ways – big and small – to get involved and act on climate change throughout the year. The EDO encourages people to create their own “act of green,” become a climate educator or clean-up volunteer, pledge to vote Earth or simply make an Earth Day sign for their window.

Today, Earth Day is recognised as the planet’s largest civic, and secular event. In spite of the global pandemic, over 100 million people around the world observed the 50th anniversary of Earth Day last year, arguably the largest online mass mobilisation in history.

This year’s three-day event begins with a global youth climate summit with panels, speeches, discussions, and special messages with today’s youth climate activists including Greta Thunberg, Alexandria Villaseñor, and Licypriya Kangujam. The “We Shall Breathe” virtual summit will examine climate and environmental justice, within a racial and social justice framework. Education International will lead the “Teach for the Planet: Global Education Summit, ” a multilingual virtual event that will span several time zones, and focus on the crucial role that climate education plays.

On Earth Day itself, parallel to the Biden Administration’s global climate summit, a digital livestream will host talks on natural processes, emerging green technologies, equity and environmental justice, citizen science, and innovative thinking that can restore the world’s ecosystems.

Still the largest single day protest in history, the message of this annual celebration has remained the same since its inception 51 years ago. Every day is Earth Day.