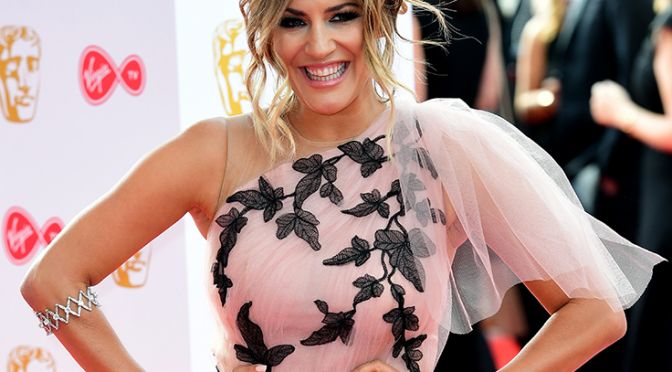 What Price a Life?

That is the question campaigners are asking in the wake of Caroline Flack’s death.

The television presenter took her own life on 15 February after months of relentless scrutiny and harassment from the tabloid press and social media trolls while she was awaiting trial for an alleged assault on her boyfriend, Lewis Burton.

After she was released on bail, media outlets began relentless coverage of Caroline’s personal life and past relationships, digging up the most salacious stories they could find.

And it is this media attention that a petition, hosted on the campaign website 38 Degrees, is targeting. The petition calling for ‘Caroline’s Law’ has garnered over 860,000 signatures and was presented to the Government this week.

The campaign asks the Government to consider:

…a law that would make it a criminal offence, not dissimilar to Corporate Manslaughter, for the British Media to knowingly and relentlessly bully a person, whether they be in the public eye or not, up to the point that they take their own life.

We know that sex, violence and celebrity sells.

Newspapers and magazines have been using a combination of these elements to attract readers since the beginning of human history and will likely continue to sell until the end of time.

That doesn’t mean we shouldn’t try to put stronger regulations and protections in place, but it also means that we need to make more conscious decisions as we’re browsing the internet.

Beth Johnson, Associate Professor in Film and Media at the University of Leeds writes in The Conversation:

‘The media is not…a hypodermic syringe, injecting us with a message that is directly and wholly received. We are not passive consumers.’

The idea of being an active consumer in our own media diet is more important than ever.

And women are disproportionately impacted by this than men.

‘The media’s treatment of Flack is sadly familiar and emblematic of a broader trend of treatment of female celebrities in and by the media.

Over the years my work has focused closely on the media’s portrayal of gender. I’ve seen countless instances of the way that women – who have both talent and youth on their side and dare to date, dress glamorously and speak their minds – have been seen as a threat by the popular press.’

While sensationalist coverage may entertain and titillate for a moment, the devastation and pain it leaves in its wake – with relentless consistency – is more apparent than ever given the unprecedented reach of social media and the 24/7 news cycle.

And as more of us live out our lives online, the constant scrutiny and trolling isn’t reserved for the celebrities and public figures.

‘It’s people up and down the country, whose lives can be completely torn apart in a moment, because of harassment, intimidation and bullying, often at very difficult times.

So in a world where the tabloid press can hound and harass, prod and publish, we – as readers – need to refuse to click.

As a media publisher, this is what we can promise you in our coverage of current events:

We will prioritise our shared humanity – acknowledging that we are part of a larger community with more similarities than differences. We will treat all our subjects with the respect we would like to receive ourselves.

We believe in the innate value of people, animals and the planet. Our coverage will demonstrate that belief through equal treatment – regardless of species, gender, age, ethnicity, background or class.

We will work to present a balanced view of current events with a diverse range of voices to encourage conversation and a greater understanding among each other.

Caroline Flack sums it up best in this post – ‘In a world where you can be anything, be kind.’

If you believe the press can and should do better, make your voice heard by signing the petition to support Caroline’s Law.