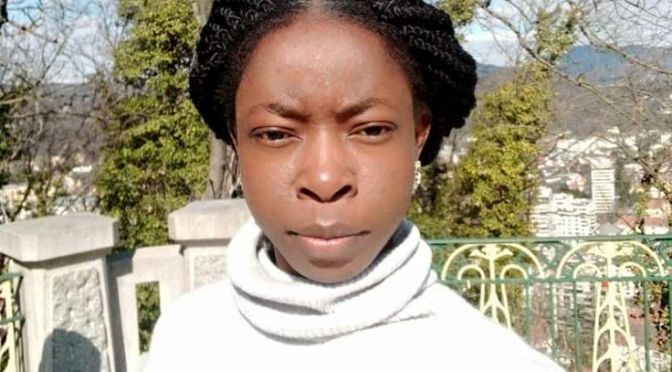 Why We Should All Be Eco-Feminists

When it comes to climate action, we all have a stake in this fight.

In a world impacted by climate change, poverty seems to be inevitable. People are more vulnerable to the circumstances, and it is more difficult to achieve gender equality. Becoming a climate activist was not just choice but a necessity, and from that position I choose to speak the truth to power.

Climate change is also driving clashes between the farmers and herders that were once in co-existence with each other for a long time – a clear struggle over resources that should draw your attention to fight for our planet. Perhaps it’s our planet, not my planet alone.

We are losing parts of the natural landscape every minute to human activities. And the increasing conflicts in Yemen have led to food insecurity. The global population is increasing, but that doesn’t have to be a weakness or stop us creating a safer world for everyone.

The insurgency of Boko Haram has been in the Lake Chad region for 10 years now, leading to the loss of lives and livelihoods. In 2014, this group of terrorists kidnapped 276 school girls in the town of Chibok in Borno state, Nigeria. The same incident happened in Dapchi in Yobe state some years later. For some of these girls, it could be a point of no return.

I see it as part of the climate crises Nigeria is faced with. Climate change creates an enabling environment for such horrible occurrences through the shrinking Lake Chad: of which Yobe, Adamawa and Borno states of Nigeria are linked. We can’t forget women in the Sahel have to trek many kilometres to get water.

All of these factors made me became an eco-feminist, the first in Africa.

Why an eco-feminist approach is needed?

Eco-feminism is double-edged: a fight for women and children’s rights as well as the fight for environmental rights. And it is multi-dimensional in its approach and dealings.

Today we see violence arising out of the environment triggered by climate change – that is why I decided to lead with climate as we work to fix it.

Becoming an eco-feminist is not only about standing up for women and the environment. It’s standing up for the whole of humanity because climate change will affect everyone – regardless of national boundaries and personal identities.

This reminds me of an experience I had several years ago while an undergraduate student. There was a robbery attack in the school, but everyone assumed that it was the herdsmen because this particular state is known to have a farmer and herder clashes for quite some time. It left a psychological impact on us as students. It’s another example of a controversy that can lead to ethno-religious wars, which climate change can make worse.

Again, climate change has no identity; it has no culture nor religion. This has inspired me to engage with all students and people through climate education because we can’t solve a problem when we don’t know that it exists. Things are already falling apart. We can’t let gender or identity tear our actions apart.

Climate change is no longer a future concern. It’s an issue happening presently. There are no weapons that can be used to defeat climate-related security issues. What’s needed instead is to mobilise action in sustaining people’s natural landscape and the green spaces. We can’t build a peaceful world through arms and ammunition.

It’s our planet, not my planet alone!

Climate change affects everyone, but it is also gender sensitive. Whenever I bring up the issue of women being at the centre of the climate change crisis, I get ‘abuse’. But this will only make me an unapologetic eco-feminist. And as an eco-feminist, I refuse to be silent about those things that matter to the peace and security of our world.

Gradually, people are realising that our world needs to heal quickly and that the solution lies in the female world. We need an eco-feminist approach since women have curative tendencies and actions for the environment. Thus the traditions and norms of being female shouldn’t be a hindrance towards realising this vision. Sooner rather than later, we need to modernise these traditions and use our values and ethics to keep and preserve the planet for the generations to come.

The world is changing and we need everything in it to change regardless of the traditions.

It is ridiculous for a 13-year-old girl to be given out to a forced marriage – denying her rights, her education, her physical and mental health. I believe everyone should have a voice – heard, amplified and empowered towards changing her community. For every female child that is being silenced and stripped of her rights, we are losing our world of sanity to insanity and shared divisions.

It is time to stand up for her rights! The rights of women and their children should be everyone’s priority because this world will never improve if women are forced backstage. Diversity in our actions, voices and sexes will create a better world for us all and serve as an intersection for solving wider societal issues.

The movement for change becomes stronger if our voices are heard and empowered.

Oladosu Adenike ([email protected]) is an ecofeminist, climate justice activist and a freelance journalist. An advocate for the restoration of Lake Chad to sustain international peace and security. Pioneering the green democracy movement.