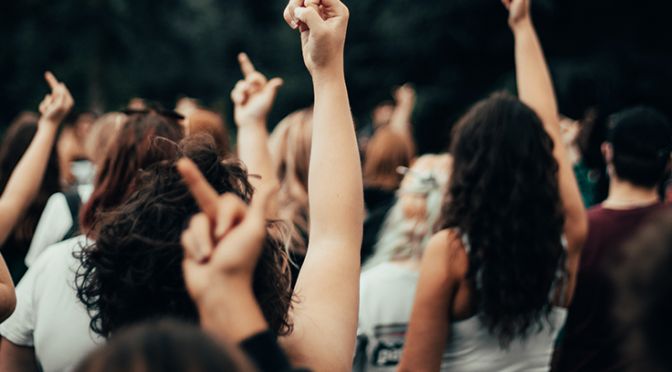 ‘Suburban housewives’ have mobilised, effectively telling Trump to take a long walk off a short pier.

26 August 2020 marked 100 years since the 19th Amendment to the US Constitution was made. Although institutional barriers still precluded some women – particularly those of colour – from voting in some States, this amendment marked a significant step in a process for which campaigners had fought for more than fifty years.

‘Women are an Essential Part…’

Each year, to mark the day, the President of the United States reads a proclamation, recognising the efforts of trailblazers and suffragists. This year, Trump said:

‘Women are an essential part of the political, economic, and social fabric of our Nation.  All American women – regardless of the role they play in the workplace or at home – contribute every day to the success of our great country.  In addition to being homemakers, caregivers, mothers, and counselors, along with a host of other important roles, women also fill critical jobs in every sector of our economy.’

The positioning of a woman’s various domestic roles – given precedence, in the sentence, over employment roles – is interesting, given that earlier in the month Trump came under fire for references to the ‘suburban housewife’ on Twitter.

‘The “suburban housewife” will be voting for me,’ he Tweeted. ‘They want safety & are thrilled that I ended the long running program where low-income housing would invade their neighborhood. Biden would reinstall it, in a bigger form, with Corey Booker in charge!’

By ‘suburban housewife,’ it’s thought that Trump is basically talking about white women. In other elections, they’ve been referred to as ‘soccer moms,’ ‘security moms’ and even ‘Walmart moms.’ And as for opposing low-income housing? That’s been seen as a reference to keeping ethnic minorities out of the suburbs – an impression compounded by his reference to Cory Booker, who is one of only two Democratic senators who’s a POC – and one who has no known role in Biden’s pledge to reinstate the fair housing rule abolished by Trump, nor in the establishment of a $100-billion affordable housing fund to finance housing upgrades for low-income citizens.

‘I am happy to inform all of the people living their Suburban Lifestyle Dream that you will no longer be bothered or financially hurt by having low income housing built in your neighbourhood.’  He added, confidently, that ‘crime will go down.’

His confidence may yet be unfounded. An NPR/PBS NewsHour/Marist poll last month found 66 per cent of suburban women disapproved of the job President Trump is doing in office, while 58 per cent said they ‘strongly’ disapprove.

How Suburbs Are Changing

It may also be worth the POTUS taking the time to note that the suburbs themselves are increasingly diverse – indeed, more than 30% of suburban residents are minorities.

Unsurprisingly, these so-called suburban housewives have mobilised in response to Trump’s assumptions – except that, modern life being what it is, they’ve taken to Facebook to express their outrage, rather than needing to chain themselves to fences or go on hunger strikes.

Search ‘suburban housewives’ on the social media platform and you’ll find a number of groups that have been set up, effectively telling Trump to take a long walk off a short pier.

One of these, dubbed ‘Suburban Housewives’ Against Trump’ has over 61,000 members and averages around 750 posts per day. In its ‘about’ section, it claims:

‘Donald Trump used sexist language to describe us as “Suburban Housewives.” He also said that we’d be voting for him. He’s wrong. This page is created for ALL women to share thoughts, express opinions and ELECT JOE BIDEN AND KAMALA HARRIS.’

Reports around the President referring to fallen service people as ‘losers’ and ‘suckers’ has incited much of the recent activity on the page, where many members have shared photos and proud memories of relatives who served in the forces.

And as for the platform to which Trump’s brain seems to be surgically connected? Twitter provides another rich seam of ‘suburban housewives’ who are determined to let Trump know that he by no means has their support.

‘I voted for you but not again,’ tweets one who calls herself ‘Living A Nightmare VOTE’. ‘You and your racism, fascism and encouragement for violence scares me more than brown or black people EVER will. Signed, a suburban housewife.’

Let’s hope not – and let’s not forget Trump’s famous assertion, way back in a 1992 New York magazine feature article, where he claimed that ‘you have to treat ‘em [women] like sh*t.’

Come November, he may finally realise that you shouldn’t. Just as they changed political history 100 years ago, women are all set to do it again.