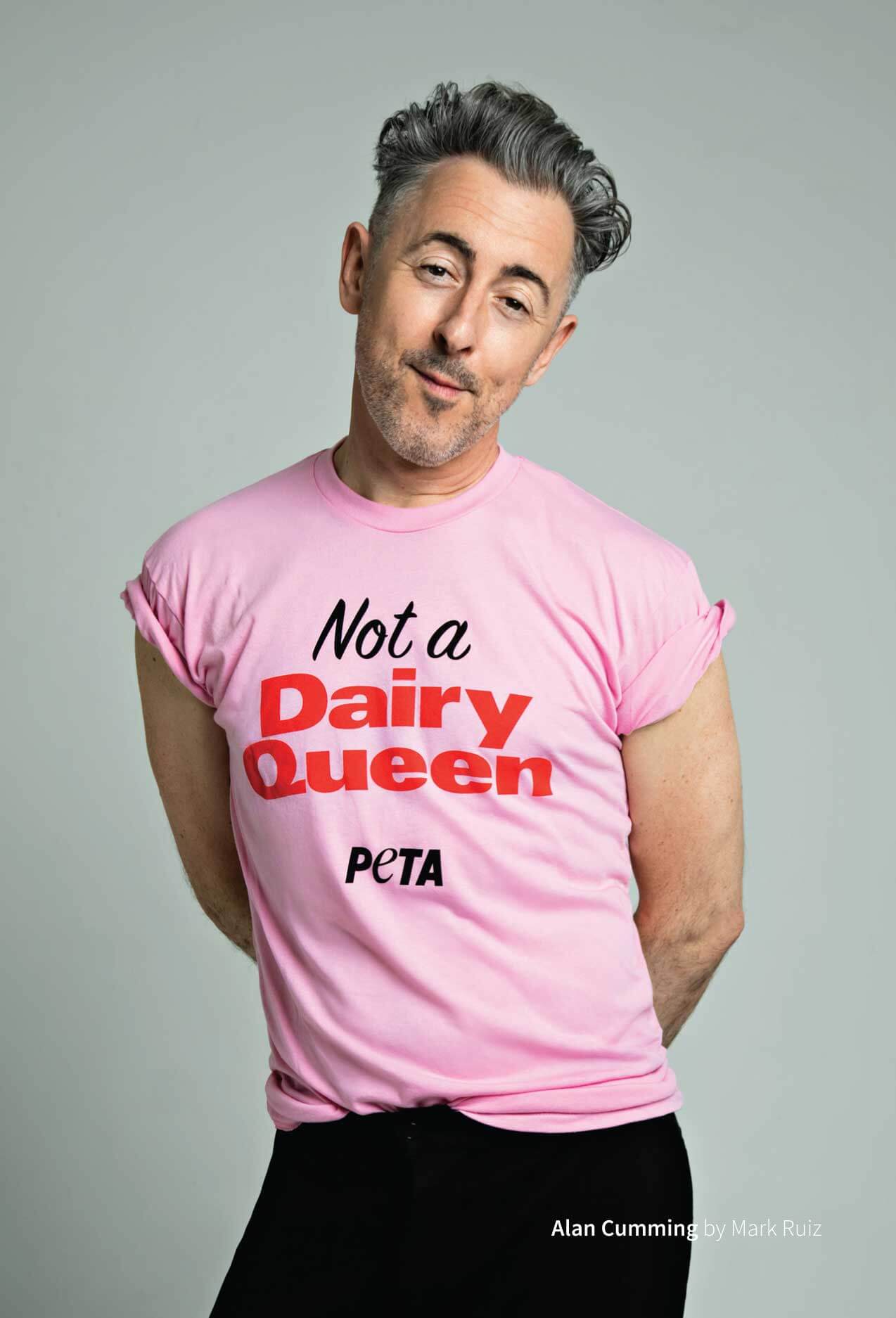 X-Men star Alan Cummings is petitioning COP26 to serve only plant-based food when it meets in Glasgow this November.

The Scottish actor sent an impassioned letter on behalf of PETA to COP26 President Alok Sharma. He stated, “Given that animal agriculture contributes to many of the serious environmental problems the planet is facing, I hope you’ll agree that serving meat while trying to fight climate change is like serving beer at an Alcoholics Anonymous meeting. It’s irresponsible and unhelpful.”

After delays due to the pandemic. this year’s United Nations Climate Conference (COP26) is considered the most important event on the environment emergency since the 2015 Paris Agreement. Delegates from around the world, including heads of state, climate experts, and negotiators, will meet to coordinate and accelerate climate change action. In addition, nations will showcase existing climate policies, highlight current issues and share knowledge.

The UN has identified animal agriculture as a leading cause of climate problems such as deforestation, pollution, habitat loss, and species extinction. According to UN statistics, animal agriculture is responsible for 14% to 18% of global greenhouse-gas emissions. Cummings insisted, “If the goal of the COP26 summit is to protect the planet – as well as promote compassionate, responsible behaviour – animal-derived foods have no place on the menu.” The Good Wife actor continued. “And, COP26 presents an opportunity for the UK government to set a global example in Glasgow, one of most vegan-friendly cities in the world.”

In response to Cummings petition, a COP26 spokesman said, “We are working with partners to deliver reasonably priced, sustainable menus which will be inclusive for delegates attending. These menus will align with UNFCCC recommendations on the provision of catering for COP.”

This isn’t the first time the acclaimed actor and animal activist has hit the headlines. Earlier this year, he urged coffee conglomerate Starbucks to ditch the surcharge on vegan milk. Showing support for PETA’s petition, he accused the global beverage giant of penalizing customers for making pro-planet choices. He insisted Starbucks should be “encouraging customers to choose animal-friendly, vegan milks rather than cow’s milk.” So far, the PETA petition has garnered more than 145,000 signatures. It also highlights how chains such as Pret A Manger and Costa Coffee already offer dairy-free milk at no extra cost.

Find out more about COP26 here.